We’re thrilled to announce the first artists to join the bill for our 2021 event, this year taking place in September; the first autumn event in our 16 year history!

This year’s event continues Dot To Dot’s rich tradition of championing emerging talent, with the announcement that SPORTS TEAM will headline the festival in Bristol and Nottingham on the 25th and 26th of September respectively. Since last playing mid-way down the D2D bill in 2018, followed by a breakout 2019 for the 6-piece band, Sports Team have garnered an unparalleled reputation for excellent live shows that are guaranteed to be injected with raw energy. Their consistency in both performances and releases, have also earnt them a high standing as one of the best British bands right now, championed by the likes of DIY, 6 Music, NME and many more. 2020 saw the band release their debut album, Deep Down Happy, to much critical acclaim and a Mercury Prize nomination.

Frontman Alex Rice said: “Can’t wait to be back, this’ll be the first time we’ve played our debut album since it was released in 2020. A two night inter-city headline feels the right way to dip our toes back in.”

Joining Sports Team for D2D’s 2021 edition, are British alternative rock band, PALACE. With two albums under their belt and sold out tours at home & abroad, the London trio will be bringing their revered, shimmering indie rock to D2D. Their anticipated latest EP Someday, Somewhere was released in October and builds on the beautiful sound and image they have curated over the previous 6 years, lending promise to atmospheric live performances ahead.

Dublin 4-piece GIRL BAND will also be showcasing their tremendous live reputation in Bristol and Nottingham this September. Highly regarded and renowned for their genre-defying cataclysmic noise and infamously ferocious shows, a taste of which can be heard on their 2020 Live at Vicar Street release, but will really need to be seen first-hand to be believed.

DO NOTHING return to Dot To Dot Festival for 2021. Since emerging through 2018 & 2019, and with debut EP Zero Dollar Bill released in 2020, the Nottingham band have fast become one of the UK music scene’s most exciting prospects; with frontman Chris Bailey’s acerbic & quick-witted lyricism, their driven post-punk-meets-Talking-Heads sound, and a formidable reputation for exquisite live shows. 2021 has already seen the 4-piece release 2 singles in anticipation of their second EP, Glueland, expected March 12th.

Elsewhere on the D2D 2021 line up is genre-bending rap artist, SAM WISE. A member of cult London rap crew, House of Pharaohs, who name Frank Ocean among their fans. The Kennington native has also notably featured on tracks by the likes of Octavian, winner of BBC Sound of 2019, as well as building a solid reputation that is entirely his own through the release of his mixtape, Sorry You Were Saying, showcasing his witty storytelling, impeccable flows and fluid approach to genre and tone.

South-East London collective STEAM DOWN will bring their energetic live show to Bristol and Nottingham. Since forming back in 2007, Steam Down have received two Jazz FM awards, which include ‘Live Experience of the Year Award’ and ‘The Innovation Award’; accolades that clearly emphasise the impact and importance they’ve had on the UK’s flourishing jazz scene throughout the decade.

OSCAR LANG will bring his ever-growing, genre-crossing back catalogue to Bristol and Nottingham this autumn, showing no sign of slowing down following the release of two EPs and one album in 2020. Also fresh from a new release; their debut album, Speed Kills, London’s loudest breakout band CHUBBY AND THE GANG are certain to make an impression at Dot To Dot this year, if the 28 minutes of the album itself are anything to go by. The unruly punk energy and hardcore kid sensibilities displayed throughout the record are guaranteed mosh pit starters that will have crowds spilling pints and screaming gang vocals back at them.

Also on board are minimalist rock band YARD ACT who have been gradually dropping proto-punk/post-punk infused singles since mid-2020, with just a handful of singles and a handful of gigs, they have already earned themselves a tip as “one to watch” from The Guardian back in August. Likewise, self-described ‘dream pop trip hop’ three-piece, DRUG STORE ROMEOS’ appearance at Dot To Dot will certainly be one to catch, after being named for Annie Mac’s AMP London emerging artist series in 2020 and generating further buzz with the release of three singles during the year.

Singer-songwriter AARON SMITH has amassed 8 million+ Spotify streams of his sincere and communicative songs since growing up in the small Scottish town of Polmont, and joins the Dot To Dot bill, as does Birmingham-based rapper KOFI STONE, whose debut album, released in 2019, included features from Loyle Carner, Maverick Sabre and Ady Suleiman, and saw him truly arrive as one of the most exciting rappers on the UK hip-hop scene, thanks to his soulful and introspective flow. New Zealander MOLLY PAYTON will bring her powerful voice and the melancholic vulnerability of her songs to the festival; a relative newcomer, Payton released several attention-grabbing singles throughout 2020, culminating in two EPs.

British R&B and trap artist S-X is set to perform, having released an impressive three LPs since 2018, as well as gaining notoriety through working with numerous artists as a record producer, including YouTube star KSI, who he occasionally joins on Celebrity Gogglebox, and with a debut album on the way LOW ISLAND will be at Dot To Dot this September, bringing both uplifting electronica and intimate ballads to crowds at the multi-venue metropolitan festival.

Dot To Dot Festival prides itself on seeking out the freshest emerging musical talent and 2021 is no exception, particularly with the appointment of Sports Team as headliners, a mere 3 years since they first played the festival. Dot To Dot organiser and Director of Live at DHP Family, Anton Lockwood, said: “After having to postpone our 2020 event, we couldn’t be happier to be announcing D2D 2021. We simply can’t wait to celebrate live music with some of the most exciting emerging acts this year – Dot To Dot has always been about seeing your new favourite band in the middle of the day and your favourite band as headliners. We’re sure Sports Team became a lot of people’s new favourite band when they played in a late afternoon, smaller stage slot 3 years ago, and having them as headliners now really demonstrates this approach and ethos.”

Completing the bill so far, and filling some of those smaller stage slots that this year’s headliners have graced in the past, are: Bristol-based, queer punk-trio, GRANDMAS HOUSE who combine a love of post-punk with surfy melodies; the unconventional songwriting and pop-leaning sensibilities of MOA MOA; Manchester-based post-punk trio LIINES; WALT DISCO, who draw influence from ‘80s post-punk legends and modern-day art-pop chic; The sweet bedroom pop of 18 year old TINYUMBRELLAS; Crouch End quintet, SAD BOYS CLUB, with their emotive and ambitious indie-pop sound; JOEY MAXWELL, whose bedroom pop is R&B infused and layered with blunt lyricism; Space-rock five-piece, finding romance and humour in everyday life, JUNODREAM; LIZZIE REID and her songs of love, loss and heartbreak from Glasgow; the atmospheric soundscapes of epic proportions created by ELLYSSE MASON; the amorphous creative entity that is FOLLY GROUP, encompassing a group of friends whose practice spans various disciplines; Full-time busker turned indie tastemaker favourite, TAYO SOUND; the macabre stories, told over ear shredding guitar and rattling drums of WYCH ELM; Plus many more still to be announced. 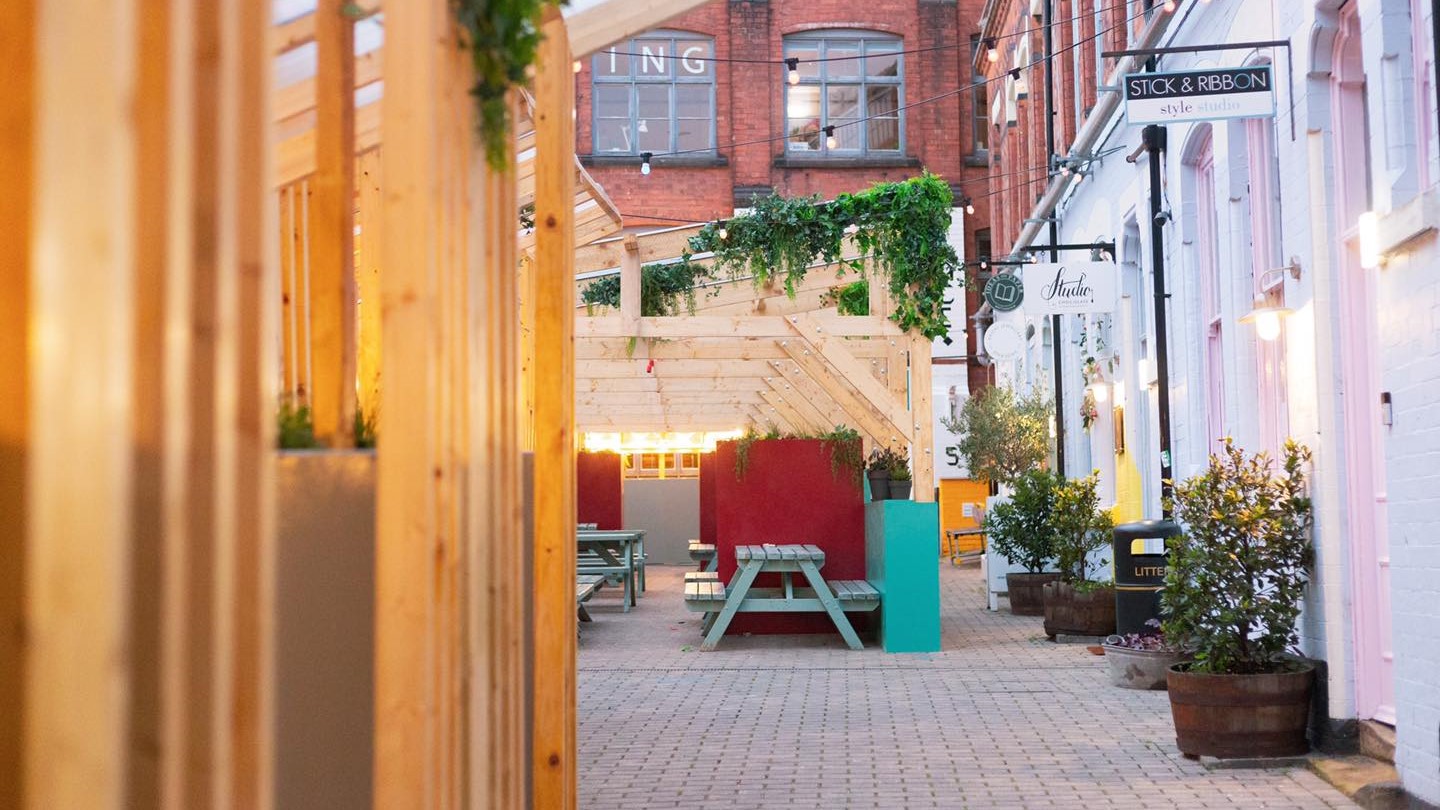 Support Local Music Venues & Bars Mon 12 Apr 21 Our community of great music venues and bars is the heartbeat of Dot To Dot, and it’s been so tough to see so many struggling over the last year. We’re absolutely ecstatic to be able to head back out on the start of a road to recovery, but sadly many of our great venues don’t […] 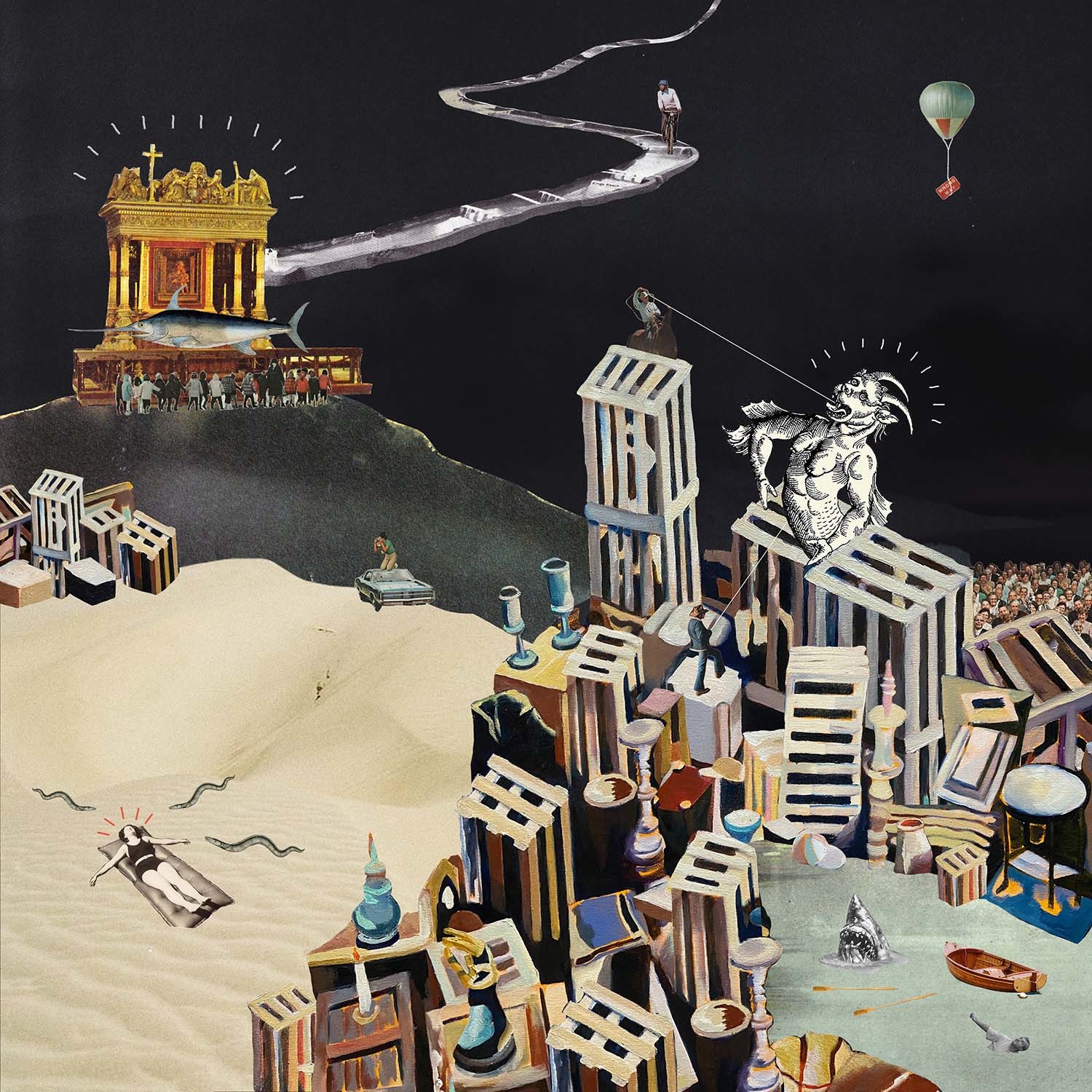 NEW MUSIC MARCH: DO NOTHING, JOEY MAXWELL AND MORE Fri 26 Mar 21 March has been a great month for new music! Do Nothing’s brilliant Glueland EP came out a few weeks back, and we’ve also been treated to ace singles by the likes of joey maxwell, Grandmas House, Low Island, junodream and Folly Group! Do Nothing Dot To Dot faves Do Nothing have released their superb ‘Glueland’ […]