The band’s debut 6-track Party Food EP sparked their already exciting association with Chess Club – a label famed for breaking new talent, where recent exciting signings include Alfie Templeman and Phoebe Green, and past successes include Jungle and Wolf Alice. Upon the EP’s release, Coach Party found themselves subject to acclaim all over U.K. radio with fans, including BBC Radio 1’s Annie Mac, Clara Amfo, Jack Saunders and Huw Stephens (single ‘Bleach’ was even added to the station’s playlist as Introducing Track Of The Week), BBC Radio 6 Music’s Steve Lamacq, Radio X’s John Kennedy, and more. Online tastemakers The FADER, NME, The Line Of Best Fit, DIY, CLASH as well as national newspapers such as the i and The Observer – where the band were crowned One to watch in May – all rushed to praise the newcomers along the way. 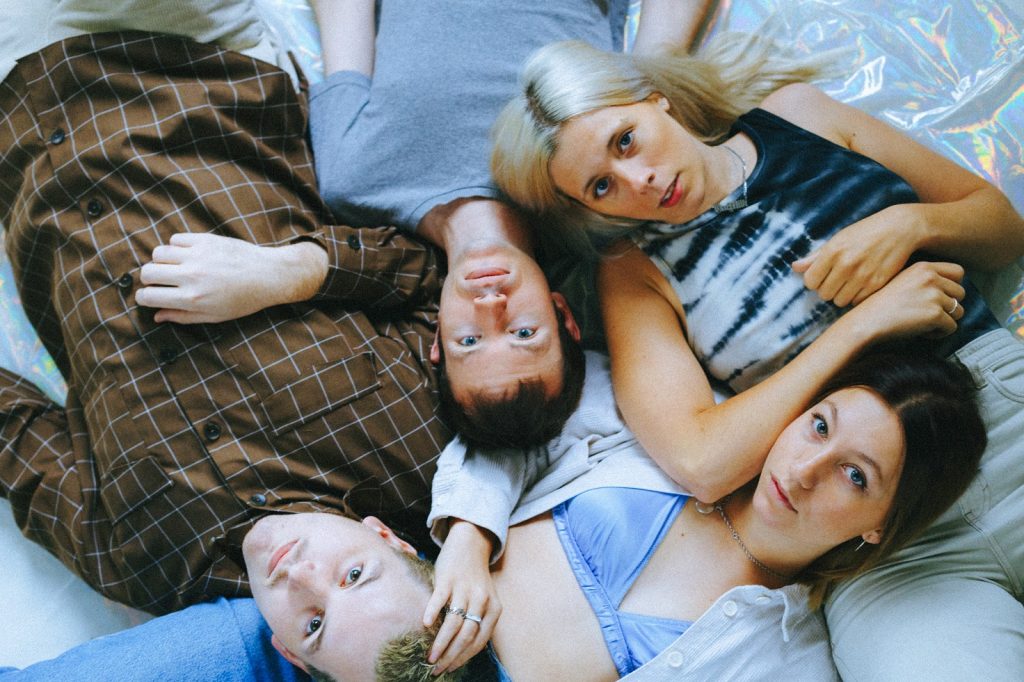 LISTEN TO COACH PARTY ON SPOTIFY